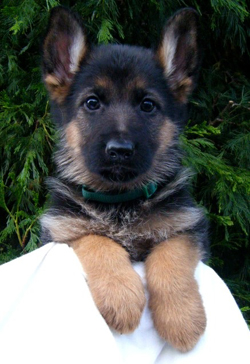 General Description
Megaesophagus is a disorder in which the esophagus dilates, or expands, to the point that the affected dog has trouble swallowing food and water. One of the major symptoms is regurgitation, which is the discharge of food and water from the pharynx or esophagus. This is different from vomiting, which involves the powerful, reflexive discharge of contents from the stomach. Dogs with megaesophagus will regurgitate both food and water that they have ingested.
Megaesophagus is seen in both dogs and cats, but is more commonly found in dogs.  Several breeds of dog have been shown to have a hereditary link or susceptibility to megaesophagus. These breeds include the Wire-Haired Fox Terrier, the Miniature Schnauzer, the Great Dane, the Irish Setter, and the German Shepherd Dog.

Diagnosis
The most definitive diagnosis of megaesophagus comes from thoracic radiographs and/or barium-swallow esophagrams of the dog in question, which are used to determine dilation of the esophagus. 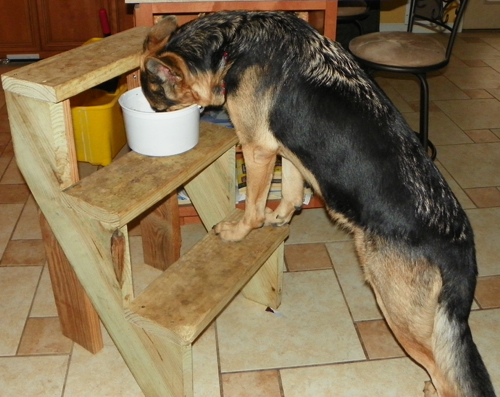 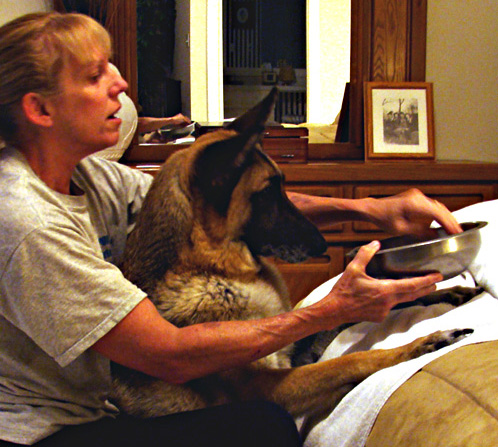 Feeding a Dog With Megaesophagus
http://www.youtube.com/watch?v=MezD6RmL0c8&feature=youtu.be